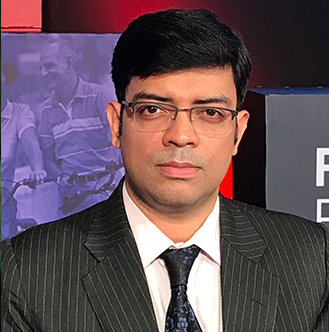 Dr Maneesh Singh, a brilliant academician, started his career at the world renowned Sankara Nethralaya which is popularly called “Temple of Eye”. Dr Singh is an extremely knowledgeable, senior clinician and a surgeon who believes in quality of work and has more than 15 years of experience in the field of ophthalmology. Currently he is attached with B B Eye Foundation, Kolkata (since 2013) as an expert in Glaucoma and Cataract, also a Visiting Consultant at Sanjeev Nethralaya, Jamshedpur.

Dr Maneesh Singh has done his MBBS from Burdwan Medical College with University Gold Medal. He completed his Masters of Surgery (Ophthalmology) at one of the most prestigious colleges of the country, Regional Institute of Ophthalmology, Medical College, Kolkata. He stood 1st in Calcutta University in MS Ophthalmology (2006), and was awarded with Gold medal. Dr. Singh then joined as Glaucoma Fellow in Medical Research Foundation, Sankara Nethralaya, Chennai, where he trained under the great pioneers of Ophthalmology like Dr. L.Vijaya who has trained some of the biggest names in Glaucoma today. He is also a fellow of the International Council of Ophthalmology (UK).

During his association with Sankara Nethralaya, Dr. Singh became a mentor to many budding ophthalmologists and personally trained fellows in Glaucoma.

Dr. Singh not only practices evidence based medicine, but is also a major contributor to various National and International journals. He has 20 published articles in the field of Glaucoma and has made more than 150 presentations at national and international forum. He has also contributed several chapters in Ophthalmology books. He has been the Chief Instructor for Glaucoma at the West Bengal State conference since 2010 and an Instructor for Glaucoma Society of India Annual conference since 2011.

He has won multiple awards including the Best Paper/Poster Award at The Regional Ophthalmological Congress at Kuala Lumpur (2009), Best poster award at Ophthalmological Society of West Bengal Annual conference (2015), Best paper at Kolkata Academy of Ophthalmology Annual conference(2016). He was also co-author for Best paper awarded at The Association of Community Ophthalmologists Conference (ACOIN) in 2019 and 2020. Dr Singh has been the front runner in several prestigious medical organisations. He has been the Eastern Zonal representative of Glaucoma Society of India (2010-2012) and East India Zonal coordinator of Glaucoma India Education Program (2016-2018). He is the Scientific Committee member (since 2016) and Executive member of Ophthalmological Society of West Bengal.

He has also been involved in many patient education programs like TV Shows ( Doordarshan) and has been a regular feature in Radio Talk shows (AIR and FM ). He also runs a Facebook page “All about Glaucoma” solely for increasing awareness among Glaucoma patients

Dr. Maneesh Singh has been recognized on a lot of platforms . He received the Dr B N Gupta Oration and award from ACOIN IN 2018.

Dr. Singh is proficient in all types of Glaucoma and Cataract Surgeries including complicated trabeculectomies, shunts and paediatric glaucoma surgeries. He has performed more than 7000 complicated surgeries and is one of the top Glaucoma surgeons in the country. Dr. Singh is a much loved doctor and a favourite of his patients. And though it is his illustrious career and strong academic background by which they benefit, the thing that strikes his patients the most is his gentle, empathetic nature and his warm smile.